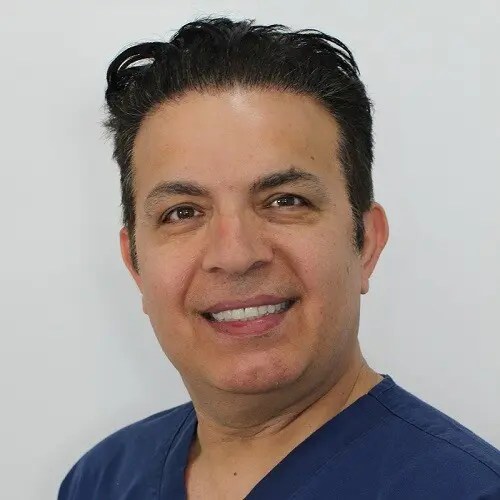 Dr Farshid Shoja Assadi graduated from Birmingham University in 1995 . He obtained his MFGDP qualification in 1998 from Royal College of surgeons in London.

In 1999 he purchased his first practice in Wolverhampton with his wife Nazanin and shortly after a second practice in Birmingham City Centre . Dr Shoja-Assadi obtained his MSc in General Dental Practice at Birmingham University in December 2007.

Dr Farshid Shoja-Assadi can give you the smile you’ve always wanted. He is the Principle Dentist and Practice owner and has a special interest in cosmetic dentistry